Most of us were not around to watch Babe Ruth in his prime, when he was not only baseball’s premier power hitter, but also a true pitching ace who won 78 games between 1915-1918.

We do have Japanese superstar Shohei Otani though. The 22-year-old pitcher and outfielder is making his case to be baseball’s best two-way player since ‘The Babe,” and his legend only continued to grow early Sunday when he launched a baseball that got lodged in the panels of the Tokyo Dome roof.

Otani and Team Japan were taking on the Netherlands in a World Baseball Classic exhibition game when he launched the epic moonshot.

Per the Tokyo Dome ground rules, Otani was awarded with a double. Per our own vision, that was one of the most impressive feats of power we’ve seen in a long time. If not for the roof, it might still be rising and carrying.

Japan went on to win the game 12-10, finishing a four-game exhibition series against the Netherlands and Mexico with a 3-1 record. Now the focus again turns to whether or not Otani will be posted by the Nippon Ham Fighters, allowing him to test his skills in MLB.

There’s a growing sentiment that won’t happen. At least not this winter. If it does, he would immediately become the most intriguing player on the market because of his age and his skill set.

This past season, Otani was 10-4 with a league-best 1.86 ERA and 174 strikeouts in 140 innings in Nippon Professional Baseball. His fastball frequently reaches 100 mph, and he has the ability to make hitters look absolutely silly. 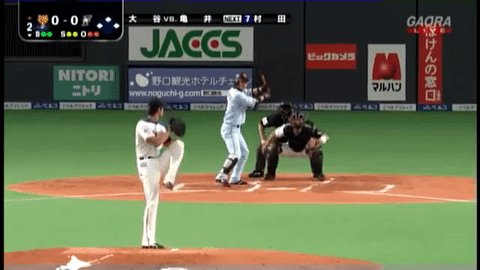 The decision MLB teams would have to make is which role they value him in more. Obviously, they’d want him to settle on one position, but his remarkable versatility and ability to change directions if needed is pretty appealing. And no, he hasn’t regularly faced major league competition as a pitcher or hitter, so there would be adjustment in both areas.

We’ll just say this: Shohei Otani is one of the most fascinating players to come around in a long, long time. We’re all anxious to see what his ceiling, no pun intended, truly is.

©2020 All rights reserved by DAXWAY